As expected, Ragen did indeed walk the Hollywood Half 5K as part of a publicity promotion with Just Curves, a small plus-size fashion label. This is the same event where she achieved her previous 5K PR of 1:09:50 back in 2013. Today Ragen finally managed to beat that time, shaving a few minutes off to set a new personal best of 1:05:51. Truly an elite effort for a professional athlete in the top 5% of the country in fitness who plans to finish an IRONMAN in just over 7 months. Since Ragen intentionally walked this event as slowly as possible, it hopefully gives no insight into her last 2 years of intense daily training. It remains to be seen whether she will actually show up and make a real effort in any smaller events before November, unlike her 5K in March and two super sprint triathlons last year.

Update: Based on Facebook posts and race results, it would appear the entire Flying Rhinos team effort consisted of Ragen and a single other Fit Fatties member. The two other people who confirmed on Facebook did not show up. There was no “caboose” team, it was just Ragen and the other “fit fatty” going at their own pace together. It remains a mystery which one of them was setting the elite pace. 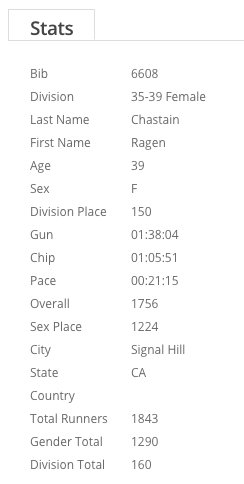 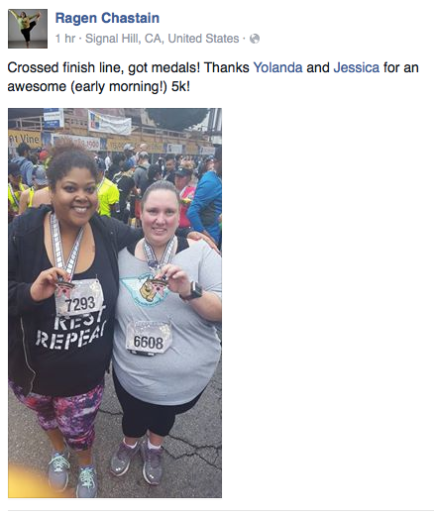